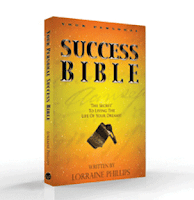 When I was growing up, "evangelistically speaking" was a euphemism for exaggeration, if not outright lying. In the workplace, achieving a goal is often an expected norm, even if it involves treating people badly to accomplish it.  One often finds that behind closed doors in a "successful" church, the leader is harsh, demanding, perhaps even abusive, or uses people to accomplish a project rather than having interest in them as individuals with their own needs. Success, it seems, is its own justification. As long as you didn't do anything outright illegal or sinful--with that interesting set of blinders evangelicals often use with regard to what is and isn't sinful--then it's okay. The end is good, and we just won't look too closely into the means.
That's not the kind of ethics I find in the Bible. Jesus tells us to love our neighbor. He doesn't tell us to make a count of all the neighbors we've loved and try to get a higher count than the next guy. Paul tells us to serve one another in love and to walk by the Spirit. He gives Timothy and Titus qualifications for church leadership, most of which relate to character and none of which relate to observable success.

The book of Acts shows a remarkable expansion of the Gospel to increasing numbers of people, growing regionally from Jerusalem through Judea and Samaria, into Syria (Antioch), then into Turkey, Macedonia, and Greece, and finally into the capital city of Rome itself. Surely this is a model of success! But one never sees strategies--and in particular, ethically sketchy strategies--being used to achieve this expansion. Instead, you see the phrase, "The Lord added to their number."

The New Testament narrative doesn't gloss over disputes and divisions. Paul and Barnabas had to separate; followers of James came to Antioch to spy out the believers' use of their freedom; a council had to be convened to figure out how to integrate the large number of Gentile converts into the predominantly Jewish church. But we nowhere see someone knocking down his rival, or using people for ulterior purposes, to achieve a successful result. Instead, we see the apostles persecuted by the Sanhedrin and by Herod and by Saul of Tarsus and by the Jerusalem Jews, and the church expands as they suffer in humility.

Jesus' own ministry is the opposite of what we would call success. While his miracle working and startling teaching drew great crowds within a short time, he challenged them in such a way as to lose most of his followers. He spent much of his time with a handful of men who themselves squabbled over position and seemed bent on misunderstanding him and failing to trust him at key moments. One betrayed him and the rest fled when he was arrested. Even after he rose again, appeared to them repeatedly over the course of 40 days, and then ascended into heaven, there were a mere 120 doing what he had asked them to do only about a week or so later. This is not what most of us would call success.

The end doesn't justify the means. The means justify the end. We may fail miserably in this world--in our churches, our businesses, our jobs, our associations, even our families. But if we can say that we did what we did with integrity, with kindness, with grace, with honesty, with faithfulness, then I believe we will be able to stand before God and hear, "Well done, good and faithful servant. Enter into your rest."
Posted by Keith Edwin Schooley at 7:38 AM