... especially on the internet.

#10 - Everyone compares what they actually believe to the "logical implications" of what the other guy believes. 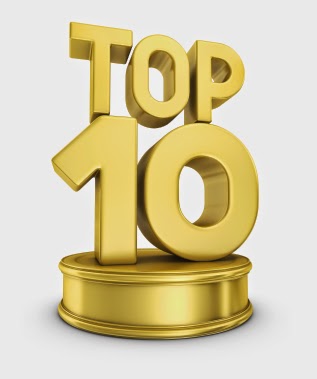 This is why you get Calvinists arguing that Arminianism logically implies that we want to take credit for our own salvation, and Arminians arguing that Calvinism logically implies that God is the author of evil. Complementarians think egalitarianism implies erasing of all gender differences and egalitarians think complementarians simply want to keep women down. None of these groups actually believes what the other side says they should, and we all cry foul when someone else does it to us, but we all have the tendency to do a reductio ad absurdum on someone else's argument, no matter how much they protest that that's not what they believe.


#9 - We're more interested in winning the debate than in learning from one another's perspectives.

There's way too much ego involved in these debates, much more than most of us are willing to admit. All of us think that we've just won the deciding point and the other guy is going to cry "Uncle!" at our masterful display of dizzying logic. But it never happens. Either they just don't see our point the way we do, or even if they feel cornered, nobody likes to admit failure, especially in public, and what's more public than the internet? Moreover, internet debates are generally "won" by whoever has the most time to sit at a computer and respond to everything point by point. The rhetorical ability to debate has little to do with truth, and we may as well all admit it.

#8 - We're profoundly influenced by what we grew up with, and so is everyone else.

"Influenced," by the way, applies whether we still cling to the same beliefs or whether we've rejected them. We're all, almost always, in the process of protecting or repudiating the beliefs we grew up with. It's the lens through which we learned to understand the world in the first place, and it continues to influence the way in which we frame truth claims, both ours and other people's. We should recognize that much of what we think we disagree with we actually don't understand, because it's been framed in a way that's foreign to our accustomed way of perceiving reality and thinking through things. This leads to....

#7 - Most of our disagreements are on the presuppositional level, so arguing doesn't get at the root issues.

This is why we go around in circles with someone and we can't understand why they can't understand the points we're making. The actual disagreement lies below the level of logical argumentation. Just as geometry has certain axioms--principles that themselves can't be proven but seem self-evident and so become the building blocks of all other proofs--logic always rests on presuppositions, things that seem obvious to us but are themselves unprovable. These are often buried, unstated premises, assumed but not consciously thought of by those who hold them. For example, some will hold that "God is love" necessarily implies a certain kind of egalitarianism, an equal measure of love given to all, and this will work itself out in certain ways when it comes to topics such as soteriology and ecclesiology. For others, "God is sovereign" necessarily implies other conclusions about how and to whom God bestows love, giftings, and position. These are the kinds of differences that make what is self-evidently true to one person incomprehensible and horrifying to another.

When we disagree with someone else, we find it extraordinarily difficult to imagine that they actually believe what they say they believe. They must have an agenda! They must have a bias! There must be some reason why they refuse to accept my clearly articulated and logically unassailable truth! So we accuse someone of arguing out of fear, or out of arrogance, or of accommodating culture, or of being blindly hostile to culture, or of being a modernist, or of being a postmodernist, of "giving in" to some kind of pressure, of being unreasonably stubborn. The truth is, none of these issues matters. Let's be honest: everyone has conscious and unconscious agendas, and conscious and unconscious fears. The truth may coincide or not coincide with any of these in various instances. What matters is not why someone takes a position, but whether the position they've taken is true.

#5 - We get bogged down in historical arguments that may have little relevance now.

You see this happening when, for example, someone argues that backing off on any particular point that the Reformers held is the first step on the road back to Rome. Or when we question the salvation of someone who has a different understanding of infant vs. believer's baptism. Or even when we label someone a Calvinist or a Pelagian, as though they were actually slavish devotees of these long-dead teachers. One of my favorite professors in seminary made the observation that conservative Methodists and Presbyterians had more in common with one another than either would have with liberal members of their own denominations. That should give us pause. Divisions persist even when the initial reasons for them have faded. How many of us know or care about the filioque clause of the Apostles' Nicene Creed or the distinction between three-dimensional statues and flat icons?

#4 - We data mine Scripture for answers to questions, whether or not those questions were intended to be addressed by those passages.

Throughout the two millenia since Jesus' time, a lot of questions have come up that weren't live issues to the people who were writing Scripture. Many doctrines, such as the Trinity and the divine and human natures of Jesus, were hammered out in the centuries following the close of the canon. While Scripture might have clear things to say on these or other questions that aren't directly addressed by the text, we need to be extraordinarily cautious about pulling passages out of context just because it seems to support a point of view that we hold. The first step in interpretation is to understand what the passage meant at the time it was written to its intended audience.

#3 - We play "My verse trumps your verse" instead of trying to understand each passage on its own terms.

Every theological point of view (yes, that includes yours) has difficulty with some passages.  When such passages are brought up in debate, the usual means of dealing with them is to respond with, "Yeah, but what about <insert more congenial passage here>." The implication is that because my favorite passage is so self-evidently clear, your favorite passage cannot possibly mean what it seems to mean--in fact, I don't even feel the need to deal with yours until you deal with mine. We're all operating with a canon-within-the-canon, a set of favorite passages that form the lens through which we view all the others. If we were more honest, we'd try harder to deal with the "difficult" passages (those that don't say what we want them to say) on their own terms, in their own contexts, rather than simply running back to the ones that confirm our prior views.

#2 - A lot of what we believe comes from gut level response rather than logical analysis.

We're quite ready to recognize this in everyone other than ourselves. I've made a clear logical connection; you've made a faulty slippery slope argument. I've thought all these issues through; you're clearly talking off the top of your head. I have reasons for what I believe; you're just repeating the standard line. Let's face it, Sheldon, you're not nearly as logical as you think you are. Neither am I. In what we believe, we all have reasons in which reason plays no part.

And the number one reason why theological debate doesn't work (especially on the internet) is....

#1 - We're just too darned proud to back down and admit what we don't know.

Except for those whose stock in trade is asserting that they know nothing, implying that no one else really knows anything either. They always seem very sure about that.
Posted by Keith Edwin Schooley at 11:06 AM